a series of photographs where digital icons such as an arrow or an hourglass are embedded in the photo and symbolize the virtual space of the Neo-sphere.
Against the virtual environment (and concepts of manipulation, deception and exchangeability), the physical environment appears in the photos as a reality shot depicting objects from cardboard, strings and glue shaped as the digital icons. In fact, the photographs mimic digital “reality” in the concrete environment. 2010 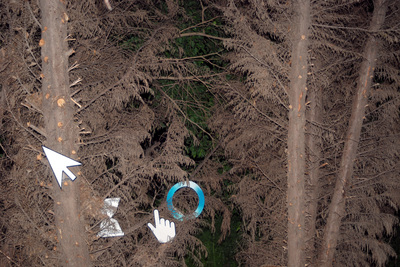 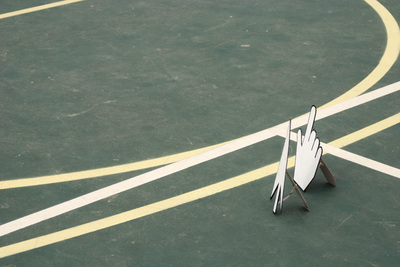 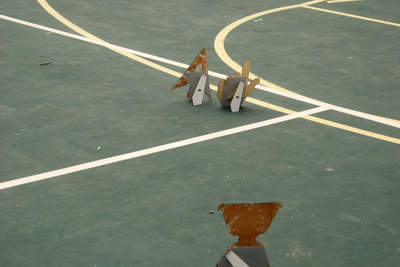 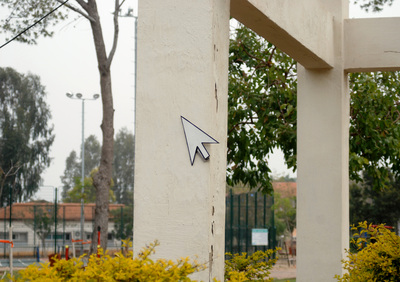 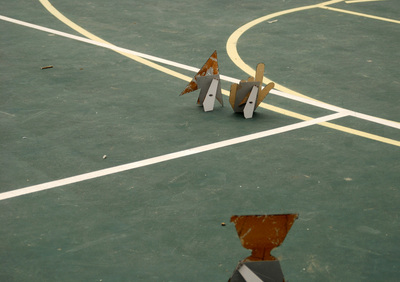 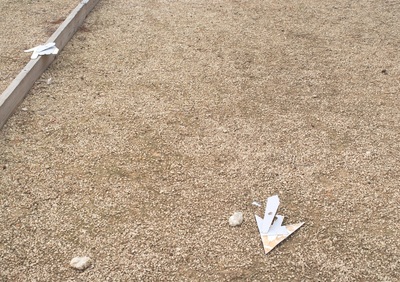